This website uses the latest web technologies so it requires an up-to-date, fast browser!
Please try Firefox or Chrome!
Bass

He made his operatic debut in 1997 in Dublin as Banco (Macbeth). During the same season, he sang the role of Daland (Der Fliegende Holländer) at the Bolshoi theatre, Mariinsky Theatre, Théâtre du Capitole in Toulouse, Teatro Real in Madrid and Kirov Opera, under the baton of Valery Gergiev, with whom he sings regularly. He made his debut at the Frankfurt Opera as Basilio (Il Barbiere di Siviglia) and then returned for Leporello in a new production of Don Giovanni. He also made his debut at the Salzburg Festival as the Monk (Don Carlo), at the National Opera of Warsaw as Leporello and continued his collaboration with the Kirov Opera where he performed in a new production of La Sonnambula.

His engagements have included Ramfis (Aida) at the Utah Opera, War and Peace at Paris Opera, Tosca and Rigoletto at the Liceu and Canadian Opera, also Daland, Banco and Ramfis at the Teatro Municipal of Santiago, Chile. He also sang Masetto (Don Giovanni) at the San Francisco Opera, Paolo Orsini (Rienzi) at the Grand Teatre del Liceu, Basilio (Il Barbiere di Siviglia) at the Frankfurt Opera and at the Staatsoper Berlin, Banco (Macbeth) at the National Concert Hall in Dublin and Der Fliegende Holländer in Dublin.

Concert appearances included Berlioz’s Benvenuto Cellini (the role of the Pope) with the Rotterdam Philharmonic conducted by Valery Gergiev, Shostakovich 14 at the Vlaamse Opera in Antwerp and also in Strasbourg and Zurich with the Sinfonietta 01, and also Beethoven 9 with the Orchestra Santiago del Chile. 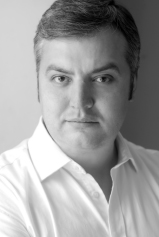