Born in Vienna, the baritone Michael Havlicek studied at the Academy of his home town. He made his debut with the role of Papageno in Die Zauberflöte which quickly becomes his signature role. Later, he sings parts like Guglielmo in Cosi fan tutte as well as Boni in Die Csardasfürstin.

In 2012, he becomes part of the company of the Wiener Volksoper, where he adds to his repertory the roles of Morales in Carmen and Pappacoda in Eine Nacht in Venedig. In 2014, he makes his debuts at the Paris National Opera in the role of the Second Priest in Die Zauberflöte, conducted by Philippe Jordan.

Recently, at the Volksoper, he sings Masetto in Don Giovanni, Paul Aubier in Der Opernball, Viscount Cascada in Die lustige Witwe, a role which he also sang in Tokyo.

Among his projects : Papageno and Boni, always at the Volksoper. 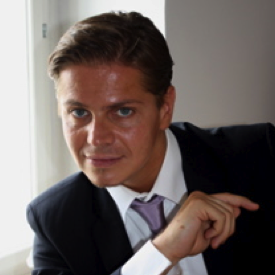