This website uses the latest web technologies so it requires an up-to-date, fast browser!
Please try Firefox or Chrome!
Bass 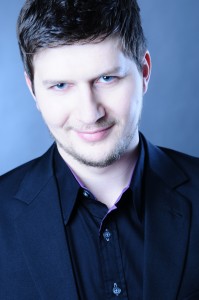 Hungarian bass Levente Pall is a member of the ensemble at the Staatstheater am Gärtnerplatz in Munich since the season 2016/17 where he performs Don Alfonso in Così fan tutte, Nourabad in Pearlfishers, Osmin in Die Entführung aus dem Serail and Leporello in Don Giovanni.

He was before in St Gallen where he sang roles such as Oroveso (Norma) Osmin, Banco (Macbeth)…

In 2016, he appeared on concert stages as König Heinrich in Lohengrin in Montpellier under the baton of Michael Schoenwandt, bass soloist in Beethovens 9th Symphony in St.Gallen and Stuttgart as well as in Bach’s Mass in B minor at the Musikverein of Vienna.

In 2017, he sings the role of Masetto in Don Giovanni in Nancy and Luxembourg under the baton of Rani Calderon.

Then, he was Don Magnifico in La Cenerentola as well as Don Pasquale at the Staatstheater am Gärtnerplatz.

Recently, he sang Hermann Ortel (Die Meistersinger von Nürberg) at the Bayerische Staatsoper, the Sacristan (Tosca) and the Speaker (The Magic Flute) at the Staatsoper Hamburg, as well as Leporello and Colline (La Bohème) at the Staatstheater am Gärtnerplatz.

Among his projects : the role of Iwan Jakowlewitsch in The Nose by Chostakovitch at the Staatsoper Hamburg.