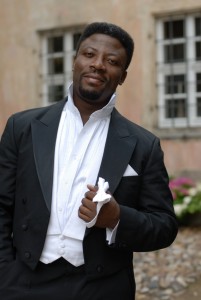 Former member of the Dresden Semperoper ensemble and guest in other opera houses, Jacques-Greg Belobo has worked with famous conductors such as Zubin Metha, James Levine, Myung-Whun Chung, or Fabio Luisi.

He sang Figaro (Le Nozze di Figaro), Banco (Macbeth), Escamillo (Carmen), Biterolf (Tannhäuser) and Don Basilio (Il Barbiere di Siviglia) in Dresden, Angelotti (Tosca) in Nice, as well as Escamillo at the Vienna Volksoper and in Kiev. In January 2015 he was Le Roi/Le Chancelier (Cinq-Mars by Gounod) at the Theater an der Wien and the Opéra Royal de Versailles, where he also sang in Méhul’s Uthal.

In March 2015, he sang alongside Inva Mula for a Bizet program at the Philharmonie in Paris under the baton of Jean-Claude Casadesus.

In July 2018, he was part of the concert at the Bolshoi in Moscow organized by the FIFA at the end of the World Cup.

Recently, he sang Nourabad (The Pearlfishers) at the Toulon Opera in December 2019, then Don Basilio at the Montpellier Opera in September 2020.

Among his projects : the Monk (Don Carlo) in Marseille, Ramfis (Aida) in Montpellier and the Old Hebrew (Samson et Dalila) in Avignon. 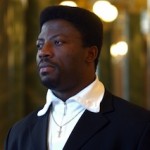