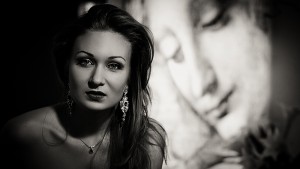 Her many appearances at the Mariinsky Theatre led her to sing parts such as Tatiana (Eugene Onegin), Micaëla (Carmen), but also Iolanta (Iolanta) under the baton of Valery Gergiev, role she returned to in 2010 at the Capitole de Toulouse with Tugan Sokhiev and in 2013 in Metz and Nancy.

She has recently made her debut as Rusalka, Antonia (The Tales of Hoffmann) and My Fair Lady in a production by Robert Carsen, also at the Mariinsky.

During last seasons, she sang Fiordiligi (Cosi fan tutte), Rusalka as well as the title role in Lucrezia Borgia, Micaëla and Tatyana.

Recently, she was Tatiana at the Théâtre des Champs-Elysées, in a new production by Stéphane Braunschweig. 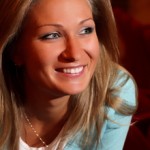 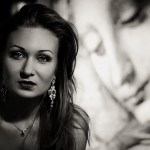