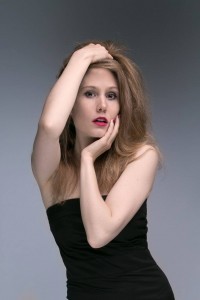 American-French soprano Emilie Rose Bry studied at the Paris Conservatory and the Manhattan School of Music in New York. She made her debut at the Opéra de Toulon singing Mme de Folle-Verdure in La Vie Parisienne by Offenbach directed by N. Duffaut and conducted by J. Pillement. This season, she sang the role of Hélène in Passionnément by Messager at the Théâtre de l’Odéon of Marseille and will sing this summer Clarice in Il Mondo della Luna by Haydn with the Forum Sinfonietta Ensemble at the Sédières Festival.

In November 2015, she is Mrs P in The Man Who Mistook His Wife for a Hat by Nyman with Lyon Opéra-Studio in Lyon, Annecy and Quimper in November 2015. She is also a part of Monteverdi 2.0, an Ensemble Matheus project of Monteverdi arias in Brest, Lorient, Vannes and Lyon in 2016.

The same year, she performs the parts of Emilie and Zima in Les Indes Galantes by Rameau this summer under the baton of J.M. Curti with Geneva’s opera studio.

With Jean-Christophe Spinosi and his ensemble Matheus, she sings, in L’Incoronazione di Poppea, the roles of Poppea and Drusilla/Virtù at Operas of Vichy and Versailles, before singing Amor, Valetto and Pallade at the Liceu of Barcelone.

Recently, she sings Frasquita in Carmen and Elvira in L’Italiana in Algeri at the Opéra Royal de Versailles, under the baton of Jean-Christophe Spinosi, as well as Armida in Rinaldo in Versailles, at the Tchaïkovski Hall of Moscow and at the Theater an der Wien.

She sang also the soprano part in Poulenc’s Stabat Mater with the Orchestre National des Pays de la Loire under the baton of Josep Pons. 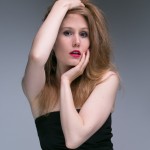 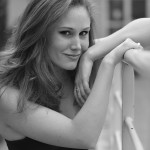 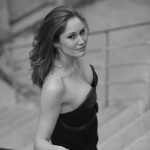