Ekaterina Sergeeva has sung many leading roles at the Mariinsky Theatre including Nicklausse/the Muse in The Tales of Hoffmann, Paulina (The Queen of Spades), Olga (Eugene Onegin),  and, more recently, Dulcinée (Don Quichotte), and Mademoiselle Blanche (The Gambler). She is invited at the Moscow Bolshoi to sing Le Pâtre / L’Ecureuil / La Chatte in Ravel’s L’Enfant et les sortilèges in 2014 and 2015.

She sang Olga (Eugene Onegin) in Glyndebourne, at the Munich State Opera and at the Deutsche Oper of Berlin in May 2015. She sang the role of Blanche in Prokofiev’s The Gambler at the Opéra de Monte Carlo in 2016.

Later, she sang Fricka (Die Walküre) at the Paris Philharmonie in March 2018 under the baton of Valery Gergiev and the title role of Carmen at the Grand Théâtre in September 2018.

More recently, she sang Federica (Luisa Miller) in concert form at the Opéra de Monte-Carlo with Roberto Alagna and under the baton of Maurizio Benini. 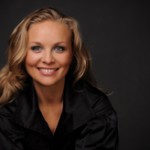