American bass-baritone Derrick Ballard studied at Denever University before pursuing his vocal studies in New York. He began his career with the Sante Fe Opera and the prestigious Merola Program of the San Francisco Opera. He also won numerous prizes at the Metropolitan Opera Auditions.

He made his European debut in 2005 with Biterolf (Tannhäuser) at the Berlin Staatsoper. Then, he joined the company of the Staatstheater Kassel (2005-2009), the Staatstheater Oldenburg (2009-2011), and the Gärtnerplatztheater Munich (2010-2012), several theatres in which he had the opportunity to build up a vast repertoire: Figaro (Le Nozze di Figaro), Mustafà (L’Italiana in Algeri), Dulcamara (L’Elisir d’amore), Leporello (Don Giovanni), Raimondo (Lucia di Lammermoor), Sarastro (Die Zauberflöte), Kaspar (Der Freischütz), Mephistopheles (Faust) and Wotan (Die Walküre).

He has also been invited to sing in other theatres in Germany: he sang Scarpia (Tosca) and Kaspar (Der Freischütz) at the Leipzig Opera, King Henry (Lohengrin) and Gessler (William Tell) in Graz, Scarpia, the Dutchman (Der fliegende Holländer) and Hans Sachs (Die Meistersinger von Nürnberg) in Wiesbaden, Dulcamara and Prince Gremine (Eugene Onegin) in Essen, as well as Mustafà in Mannheim, Hanover and at the Deutsche Oper am Rhein.

Since the 2014-2015 season he has been a member of the Staatstheater Mainz, where he has performed roles such as the Dutchman, Boris Godunov, Hans Sachs, Scarpia, Philip II (Don Carlo), Fiesco (Simon Boccanegra)…

His projects include his first full Wotan/Wanderer (Der Ring des Nibelungen) in Wiesbaden and his debut as Baron Ochs (Der Rosenkavalier) in Garsington. 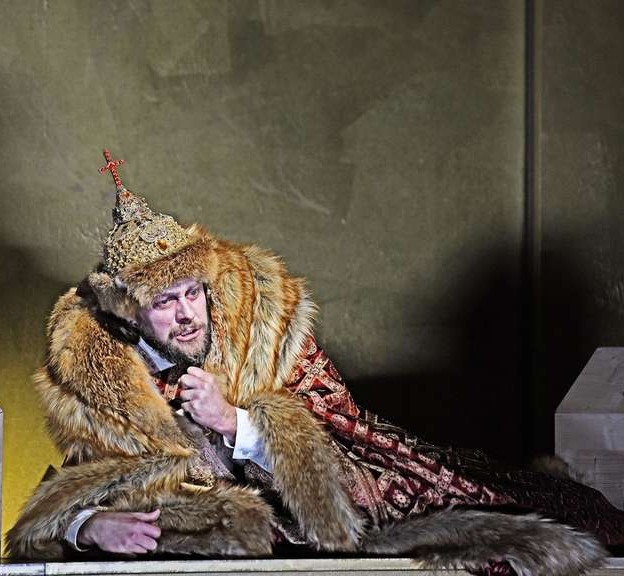