Young tenor Derrek Stark was born in the United States and trained at Mansfield University as well as Indiana University with Carol Vaness.

He then joined the Beneson Young Artist Program at the Palm Beach Opera, where he worked on several roles such as Rodolfo (La Bohème), Duca di Mantova (Rigoletto) and Pinkerton (Madama Butterfly). He continued to train in the Young Artist Program at Kansas City Opera, where he played Rinuccio (Gianni Schicchi), Peter Quint (The Turn of the Screw), Tamino (The Magic Flute) and Fenton (Falstaff).

At the Sante Fe Opera, he sang Harry (La Fanciulla del West) and reunited with Rodolfo in San Antonio and at the Miami Lyric Opera. Then he was Giasone (Medea in Corinto de Mayr) at the Teatro Nuovo in New York, before being invited by the Palm Beach Opera to sing Alfredo (La Traviata).

Last season, he made his debut at the Zurich Opera with the Italian Singer (Der Rosenkavalier) and returned to the Teatro Nuovo to sing Arturo (La Straniera). 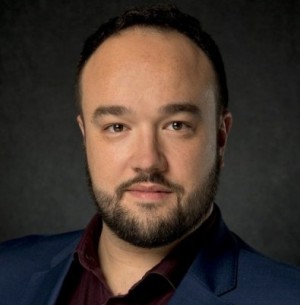