Anne-Sophie Vincent began her vocal studies with Maryse Castets at CRR Bordeaux, where she obtained her DEM in 2014 before completing her studies in Canada  where she gave her first recital of French melodies and performed at the Grand Théâtre de Québec, singing La Récitante in La Demoiselle Élue by Debussy under the direction of Gilles Auger.

On her return to France, she successively sings Bessie in Kurt Weill’s Mahagonny Songspiel at OARA Bordeaux, Judith in Bartok’s Bluebeard Castle and Boulotte in Offenbach’s Bluebeard. At the Royaumont Abbey, she performs the part of Madame Cortese in Rossini’s Il Viaggio a Reims under the direction of Carlos Aragon, directed by Stefan Grögler.

Laureate of the Maurice Ravel Academy, she invited during the summer 2017 to perform at the Festival Palazzetto Bru Zane at the Bouffes du Nord Theater in Paris and then, sings the part of Susanna in Le Nozze di Figaro in Vendôme.

In November 2017, she took part in in Zemlinsky’s Der Zwerg at the Lille Opera, a production which has been repeated in March 2018 at the Rennes Opera. In February 2019, she sang the mezzo part in Debussy’s Martyre de Saint-Sébastien in Valladolid, staged by La Fura dels Baus.

Recently, she sang her first Carmen at the Jeju Festival (South Korea) and Dorothée in Cendrillon by Massenet in Nancy.

Among her projects : Nicolette in The Love for Three Oranges in Nancy, as well as Angelina in La Cenerentola at the Théâtre des Champs-Elysées, Rouen and Bordeaux Operas. 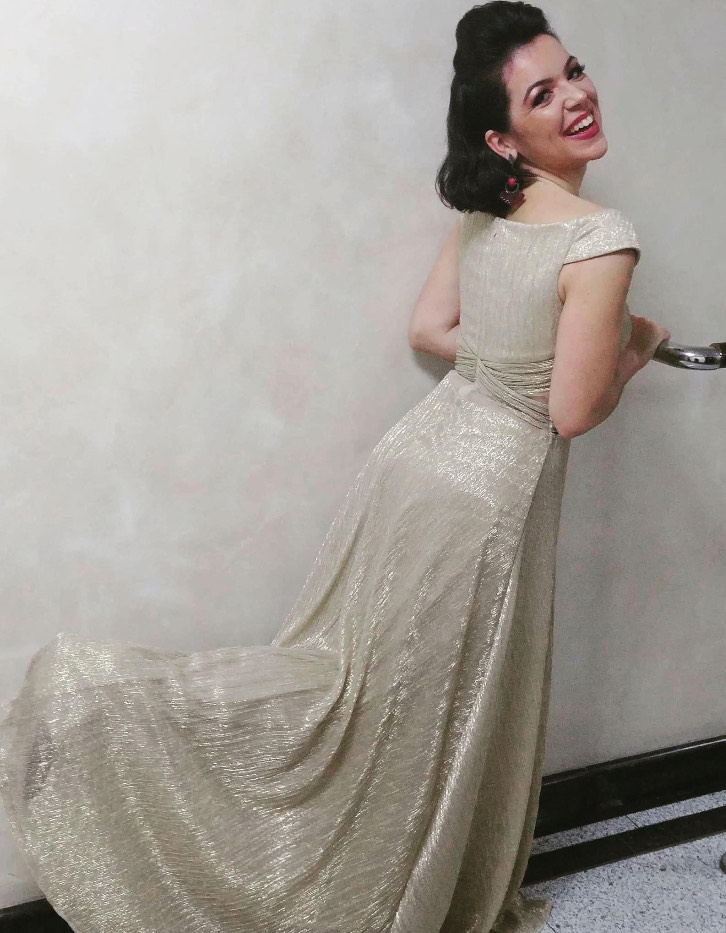